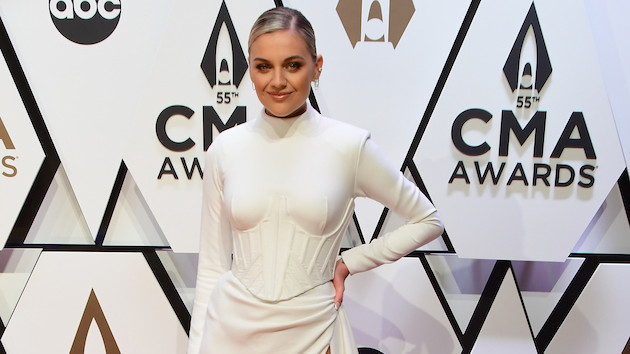 Blue skies, dreamy pastels and feel-good, breezy pop vibes: It’s all part of the world that Kelsea Ballerini is dreaming up for her next album.

The singer shared another clue about the forthcoming project on social media on Tuesday, posting a shot of herself standing on a diving board in the clouds, wearing a gauzy, light blue gown.

“Jump right in,” she wrote in the caption, a nod to one of the lyrics of her current single, “Heartfirst.”

On a recent visit to ABC’s Jimmy Kimmel Live!, Kelsea explained that it’s no accident that “Heartfirst” exemplifies so much of the album’s visual aesthetic. “First single off the next record is always kind of, I’m particular about it, because I want it to set the tone,” she says.

The album gets its up-tempo, catchy positivity from her love of ‘90s country, the singer goes on to say.

“So I was really heavily influenced the last few years by going back to ‘90s music, the music I grew up on,” Kelsea adds. “Whether it’s Shania [Twain] or Sheryl Crow, so I wanted this to feel breezy, warm and inviting, and with a little ‘90s flair. So it feels like the first step in the new situation, the new era.”