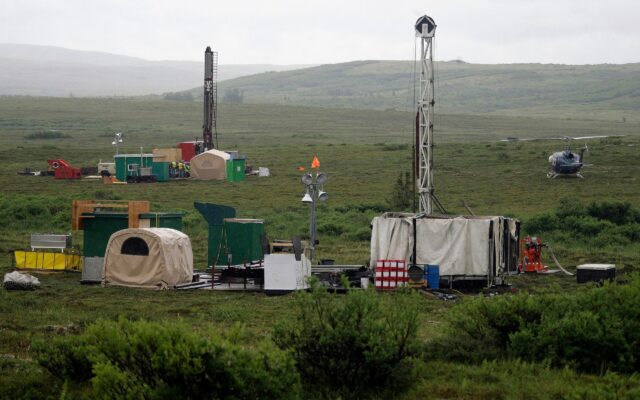 JUNEAU, Alaska (AP) — The U.S. Environmental Protection Agency is extending until Dec. 2 the timeline to decide whether to proceed with proposed restrictions that would block plans for a copper and gold mine in Alaska’s Bristol Bay region.

The agency, in a recent notice, said this would “help ensure full consideration of the extensive administrative record, including all public comments.” The public comment period ended Tuesday. EPA rules call for a decision on next steps within 30 days after public hearings though not before the end of a comment period, the notice said. Hearings were held in June.

The EPA earlier this year released a proposal that it said would bar discharges of dredged or fill material into the waters of the U.S. within the mine site footprint proposed by the Pebble Limited Partnership, the developer pursuing the Pebble Mine project. The agency’s regional administrator now must decide whether to withdraw the proposed restrictions or to advance to a higher level in the agency a recommendation on restrictions or prohibitions.

The debate over the proposed mine in a region known for its salmon runs has spanned several presidential administrations. The EPA has said the Bristol Bay region supports the largest sockeye salmon fishery in the world and that it also contains significant mineral resources.

John Shively, CEO of the Pebble partnership, in a statement Wednesday suggested any veto of the project would likely be contested in court.

“The EPA’s proposed veto of Pebble is legally, environmentally and technically unsupported,” he said.

The Pebble partnership, owned by Canada-based Northern Dynasty Minerals Ltd., is appealing a decision from the U.S. Army Corps of Engineers during the Trump administration in 2020 that denied approval of a key permit for the project in southwest Alaska. Leaders behind the proposed mine had seen as favorable to the project an environmental review from the corps released several months before the rejection decision.

Mine opponents have been pressing the agency to provide protections against large-scale mining in the region.

“It’s time for the EPA to finish the job that it began over a decade ago to protect this national treasure—and the people and wildlife it sustains,” Joel Reynolds, a senior attorney with the Natural Resources Defense Council, said in a statement.